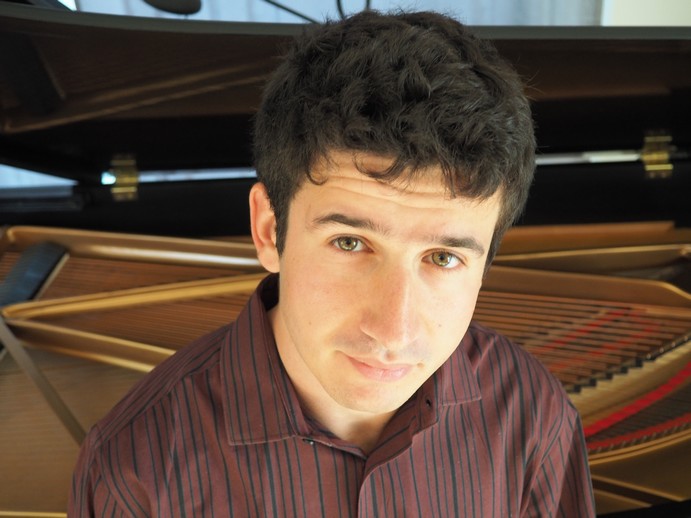 Sasha Beresovsky is a graduate of Indiana University, studying most recently with the late Edmund Battersby. Sasha was a participant in the 2015 Artur Balsam Ensemble Classes for Piano and Strings and the 2016 and 2017 Winter Harbor Music Festival.

He regularly appears at The Lyceum in Old Town Alexandria as part of the Summer Chamber Series of WMPA, in 2015 presenting Beethoven’s Diabelli Variations. In June of 2017, Sasha performed Beethoven’s Piano Concerto no. 4 in G major with Belmont Festival Orchestra. In Sasha’s Quincy life, the great spirits of the past meld at times almost seamlessly with those of his two roommates and dog, Henry.