John Gallagher and friends will be playing interpretations of Jazz standards from the 1940’s to the present including compositions by Ellington and Strayhorn, John Coltrane, Thelonious Monk and Wayne Shorter, as well as Brazilian composer Antonio Carlos Jobim.

John Gallagher, bass
John has been a fixture on the Eastern Maine jazz scene for several decades. Inspired by an uncle who was a professional bass player and a father who played sax and piano, he studied piano as a boy and developed a liking for Jazz at an early age. 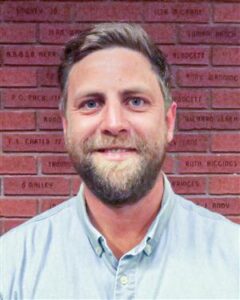 Phelan Gallagher, saxophone
Phelan is a graduate of the George Stevens Academy Class of 2002, and has returned to GSA to direct the GSA band program. Following stints studying jazz in New Orleans and education in New York City, as well as travel in Brazil, Europe, and Morocco, he is eager to be back in this neck of the woods to nurture his Peninsula roots.

Phelan identifies as a creative and is most at home in his studio playing with instruments, sounds, and electronics. He is a lifelong learner and finds the process of collaborating with others and exploring new ideas essential to his growth. He believes that each of us has a creative voice that must be nurtured and that the wonder we bring to the world as children continues to exist in the form of creative play as we grow up. 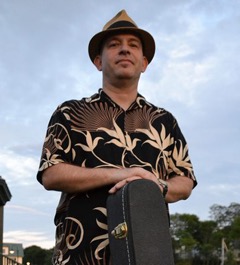 David Clark, guitar
David is a veteran downeast freelance musician who has spread his talents far and wide.