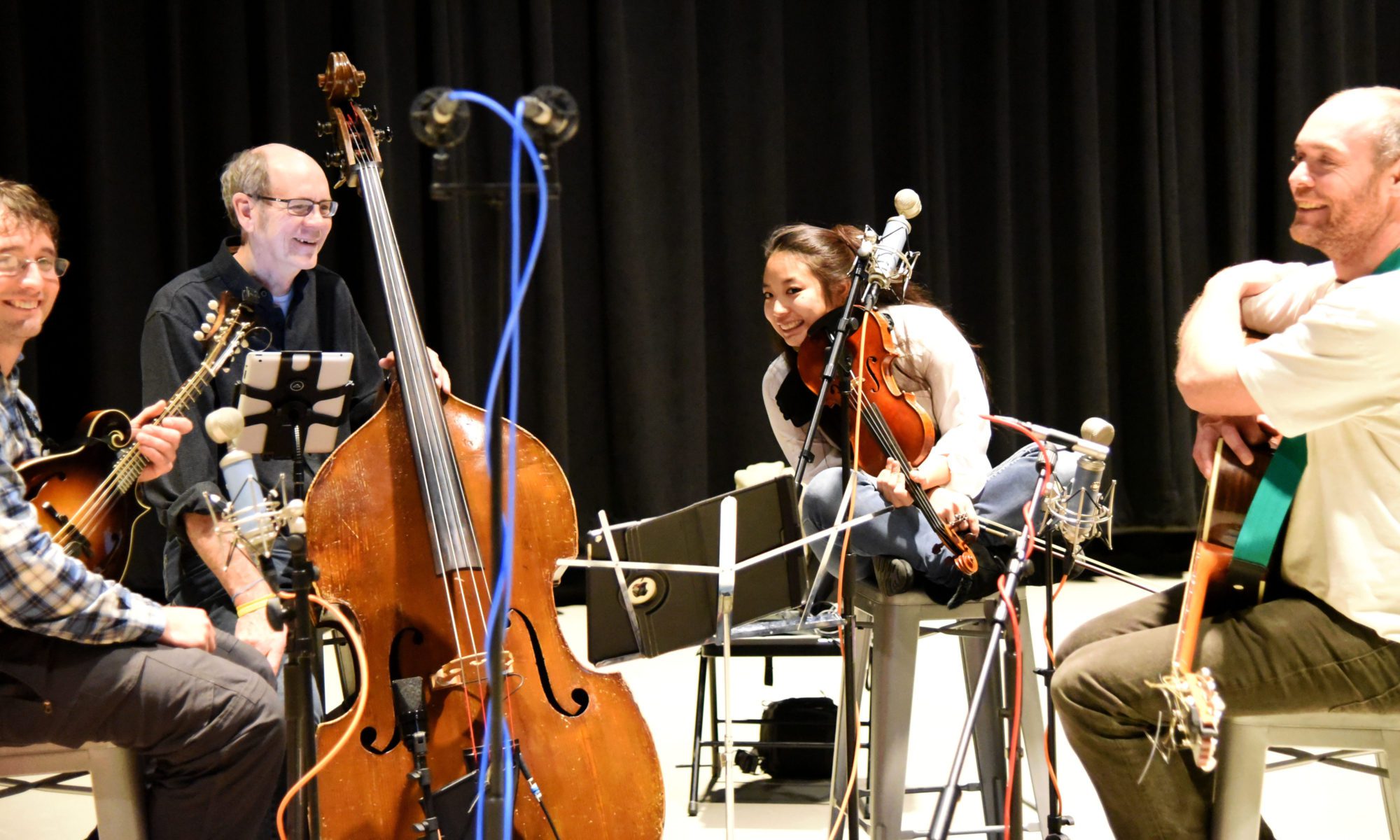 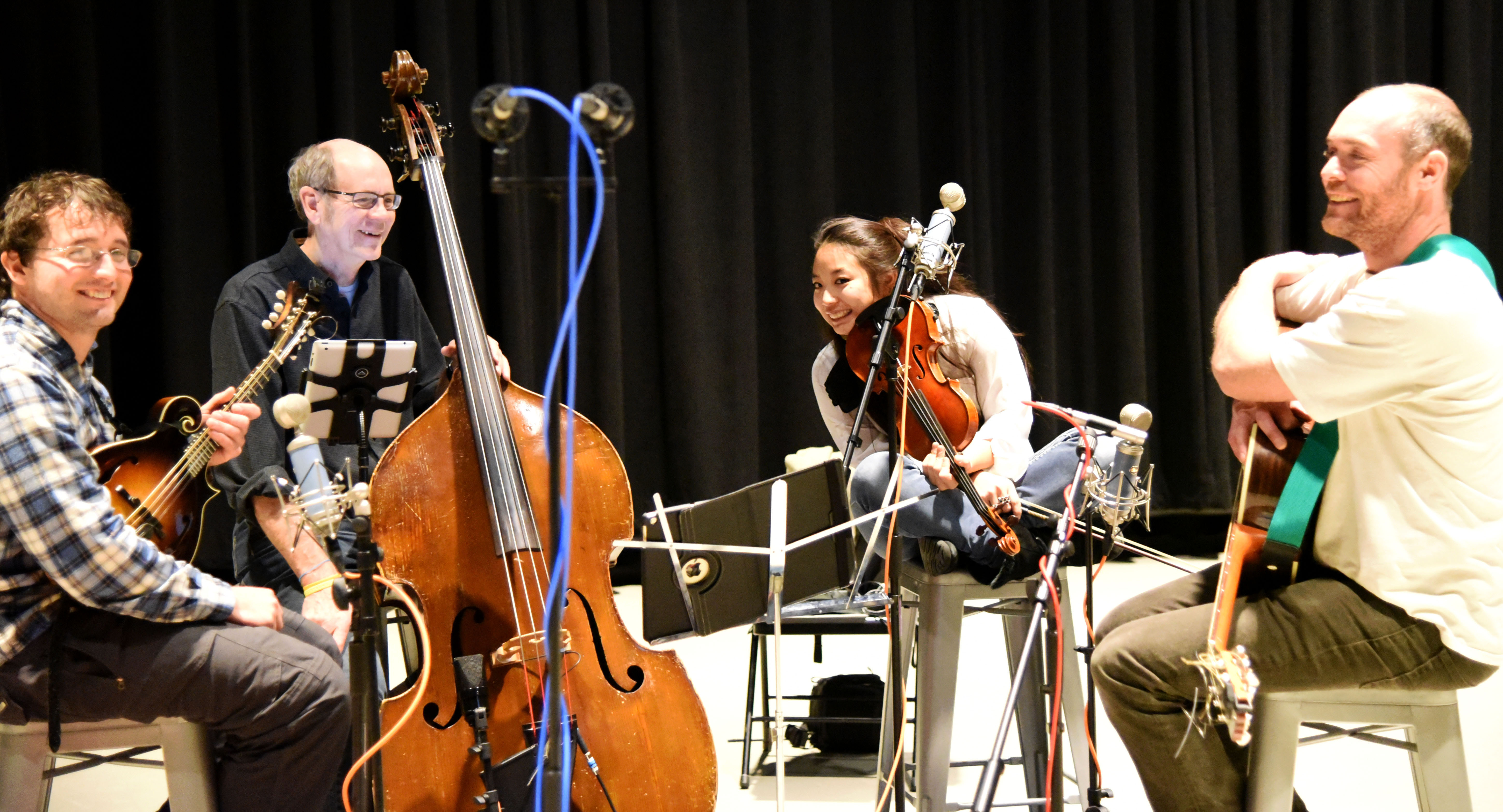 This group has fun entertaining audiences with the diversity of its selections: a tango evolves into surf rock; some John Coltrane might follow a traditional fiddle medley; or Paganini is juxtaposed with the Talking Heads; and a transition to the blues could result in Gregg Allman funk or, instead, a Bill Monroe song.

Formed three (plus) years ago in the lively pub scene that has re-emerged in Orono’s Tough End (a century after the area was filled with mills, taverns, and brothels), the band has expanded its performances to festivals, fairs, receptions, and other venues. In addition, it already has released two studio-recorded CD’s. The members are Anthony Viselli on mandolin, Ryu Mitsuhashi on fiddle, Sam Furth on guitar, and Paul Riechmann on bass. 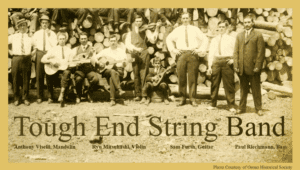