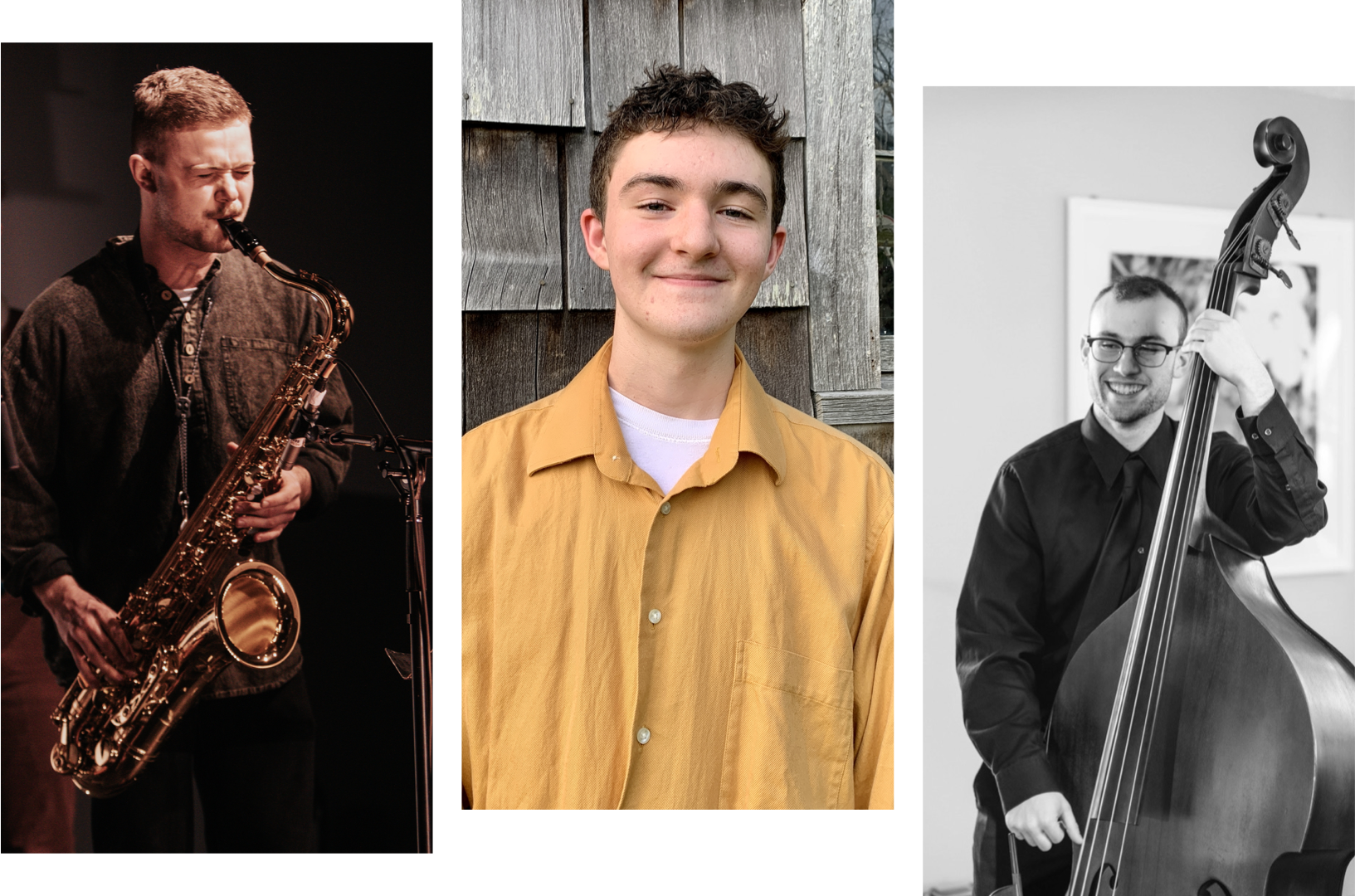 “The Myles Kelley Trio was formed when I was given the opportunity to sub a three person gig in Bar Harbor. After that occasion we realized playing as a trio was so much fun and easy to manage so we took turns booking the trio events. We were friends and studying jazz independently before we started playing together so we found the group gelled so well together. The best thing in the world is playing music with friends and I feel fortunate to be friends with such talented musicians.” – Nathan Williams

Nathan Williams is a Bangor area musician and saxophonist. Nathan is a fourth year Music Education major at the University of Maine Orono and the resident saxophone instructor at Burns Music Studio. He has been a featured soloist in the University of Maine and Colby College Jazz Ensembles and is a graduate of the US Army School of Music. He played as a pit member in Penobscot Theater’s production of Matilda and performs locally with “Chocolate Moose” and “The Myles Kelley Trio” among other groups. He currently studies with Daniel Fisher-Lochead.

Myles Kelley is a 19 year old artist from Appleton, Maine. After playing regular engagements in the Midcoast region throughout his time at Camden Hills Regional High School, Myles composed the tunes which became “Lucky”:  An eight-track album released by his Trio The Extension Chords. During the pandemic, Myles occupied himself with a new experimental-electronic project called LVLGHTS , under which he has released three projects. Since graduating CHRHS, Myles has attended Umaine Orono as a Jazz Studies major, and continued his creative/professional development as a musician in the Bangor area. He looks forward to graduating next year, and moving to Portland to make more music!

Robben Harris is an enthusiastic bassist born in Bangor, Maine.  He has spent time living in New York City and Long Island, where he studied Jazz Performance with bassist Mark Verdino.  Amidst the pandemic, Robben joined the Maine Army National Guard, and attended the Army School of Music in 2021.  Currently, he is living in Portland, Maine, working towards a B.A. in Jazz Performance at the Osher School of Music, and studies with Bronislaw Suchanek.  Robben also enjoys books, chess, and hiking.