Ms. Mogielnicki is a winner of the John Erskine Prize for Artistic and Academic Achievement from the Juilliard School, as well as a prizewinner from the Philharmonic Society of Arlington, Sing for Hope foundation. Her recordings include the world premiere of Missy Mazzoli’s Song from the Uproar on the New Amsterdam Label and Meyerbeer’s Les Huguenots with Bard Summerscape under conductor Leon Botstein for the Celestial Label.

Celine has been teaching alongside her performing career since her undergraduate at Juilliard, and most recently joined the faculty of the Rome School for Music, Drama and Art at Catholic University where she teaches voice as part of the highly regarded Musical Theater program. She founded the inaugural vocal apprentice program at the National Music Festival, where she conducted masterclasses and served as mentor to a select group of vocal apprentices. In the Summer of 2021 she joined the Winter Harbor Music Festival  as performer, faculty member and as the newly-appointed Associate Director. 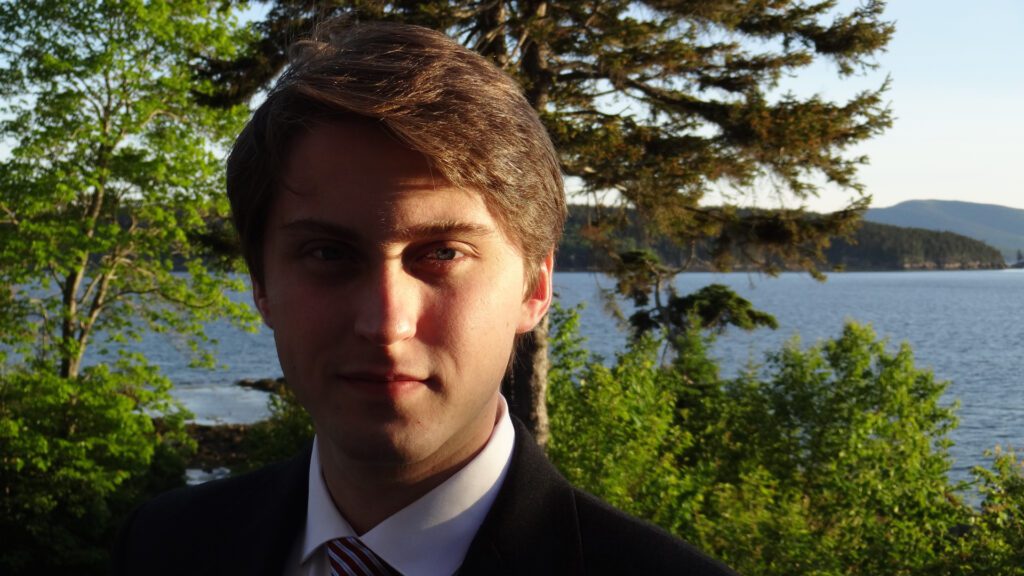 Pianist and baritone Deiran Manning has given performances across the United States, Ireland, England, France and Italy at notable venues such as Merkin Concert Hall, Weil Recital Hall at Carnegie, the National Concert Hall in Dublin and the New York City Mayor’s residence, Gracie Mansion.

As a singer, Mr. Manning has performed with various companies including IU Opera Theater, Bronx Opera, and WHMF Opera. He regularly works as a vocal coach due to his experience as both a pianist and singer. In 2017, Mr. Manning founded the WHMF Community Opera program, which serves to give musicians of all levels and community members the chance to perform, while providing opera to a region which lacks classical performance. Since then, he has produced, directed and coached 5 operas in the region, including a full production of La Serva Padrona in 2020.

Mr. Manning is currently on the faculty at Husson University and the University of Maine. In addition to his performing and teaching, Mr. Manning serves as Executive Director of the Winter Harbor Music Festival.